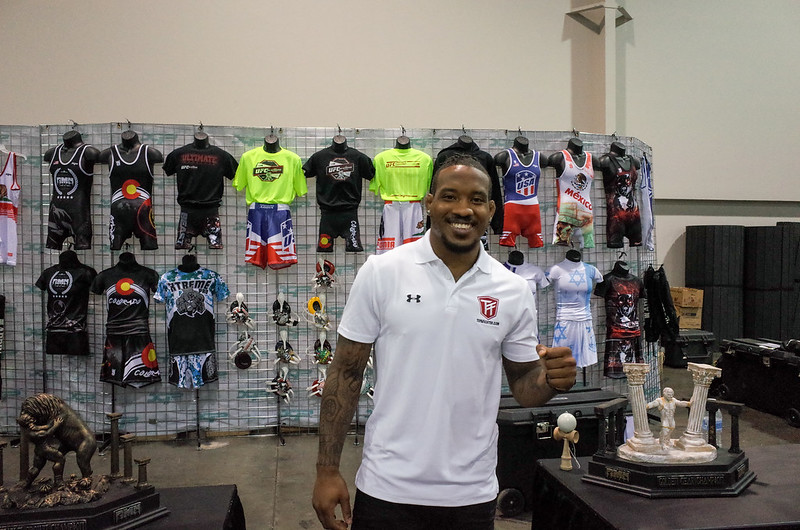 Colorado High School Coaches Association is excited to announce that they will be hosting Bubba Jenkins as the guest clinician for the annual CHSCA meeting held during RMN Events Monster Match Nationals this November in Denver.

Jenkins picked up wrestling at age 9 along with basketball and football after the death of his father, a 2-time Indiana State Champion. Jenkins’ wrestling career took off immediately. In his first two years of wrestling, he went 120-2. After exponential success, he signed with Penn State and became a junior world champion and an NCAA finalist, later signing with Arizona State and becoming a NCAA Champion.

Jenkins loves giving back to the young wrestling community. “I’m one of those guys who loves to going back to middle schools and old Y's or boys and girls clubs that I used to attend and talk to them. When I was coming up, I didn’t have that wrestler who came back to say ‘Hey if you’re on the fence about wrestling you should stay in,’ I never had that motivator.”

He’s big on self-motivation, and his clinics revolve around showing competitors new moves they’ve never done, and techniques that they’ve never seen. He is truly focused on strengthening wrestling as a sport, and community by focusing on its foundation, which is getting kids psyched about the sport.

“Even if they don’t appreciate it now, later in life they’ll see how big it was for them.”

Jenkins is psyched for the CHSCA clinic and RMN Events’ Monster Match Nationals in November.

“I’m happy to be going back to Denver. I haven’t been in Denver in a long time. I’m pretty sure West coast wrestling is a lot different than East coast wrestling, so I’m excited to see what Denver’s got to present as far as their wrestling program.”

Don’t miss out on this valuable opportunity to learn from the best at the CHSCA and Monster Match Nationals. Jenkins is a world-class competitor on the mat, and inspiring individual with an incredible story.

“Always have that belief in yourself. There’s gonna be a lot of people along the way who’ll tell you that you’re not as good as you think you are, or to quit, or do something else. There’d be plenty of people who wouldn’t have stories had they not believed in themselves.”