Dana White on the Importance of Wrestling in MMA 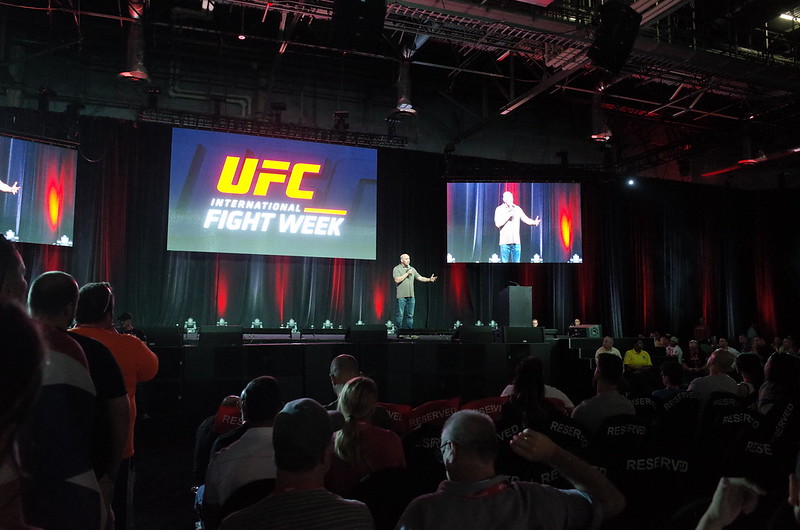 This past week at UFC Ultimates in Las Vegas, Dana White hosted the Presidential Open Forum. It was a rare chance for fans to ask the President of the UFC anything surrounding the sport of wrestling.

I had the opportunity to ask White about young wrestlers coming up in the sport and he took the chance to explain his recent efforts in strengthening wrestling and keeping the sport alive. White made clear the importance of wrestling as the core roots of mixed martial arts.

Q: “If you had one piece of advice for young kids coming into the sport of wrestling and want to come up in the UFC, what would it be?”

A: “Young wrestlers that want to be in the UFC? I mean one of the problems we faced a few years ago was it was looking like wrestling was going away. Lorenzo and I, and the UFC personally funded a lot of wrestling programs that keep wrestling alive in certain places. I think that’s the key. We have the wrestling tournament here and we really got behind USA wrestling when that whole thing was going on.

Number one is keep wrestling alive, it’s the base of mixed martial arts, you have to have it.

And number two, the great thing about being an up and coming wrestler is you get to compete in all things wrestling, you get to go to the Olympics, and then when you’re done there’s an alternative, you can still be a competitor and get into mixed martial arts, so it’s all good stuff.”

White’s words make apparent the importance of youth wrestling leagues like RMN Events and Nuway wrestling. The Ultimate Alliance movement will ensure that wrestling continues to be the core of mixed martial arts and that the best UFC wrestlers continue to come from strong backgrounds in wrestling.